skip to main | skip to sidebar

Cast of Characters (names have been changed to protect the guilty):
The Red Head, aka Red.
June who was born in April, also a red head.
Critter Lady, not a red head, but would be if you asked nicely
The Stripper Chick who takes 1s from...
The Homecoming Queen who tells stories about Malanga
Malanga, don't know why auto spell did that, but it stuck.
Screw-up, the knitter guy.
And me, the Cranky Shop Girl

The following story is true, kinda.

I had the idea of writing the Friday night knitting group's hysterical exchange as a play in 3 acts.  But, as time went on and the memory of the evening began to fade, it became a most difficult proposition.  Trust me when I say that the group is finally coming out of the shy closet and morphing into a raucous, fun, laughter imbued evening.

Last Friday we had 2 guests, hopefully new members, that added so much to the group.  They are named above as Malanga and Homecoming Queen.  Malanga is just hysterical!  It seems that every word that comes from her mouth makes people laugh!  She went to a bible college and has a degree in Biblical Studies.  She is sweet, kind, funny and creative.  She is also easily embarrassed and slightly inhibited about discussing certain things openly.  (i.e. anatomy and sexuality)  But, the process of discussing these things becomes a stand-up routine on its own.

Homecoming Queen feels no guilt about pushing those buttons and getting Malanga to stammer, blush, and stumble over her explanations of the human condition.  You would have to be there to truly understand this phenomenon.

Red has almost no inhibitions and the word  "vagina" was spoken often with gusto and zeal.  The "Vagina Monologues" as recommended reading to Malanga.  "Vagina" as a political issue.  "Vagina" as a knitting project..

June, a diminutive knitting giant, is the best at bringing out the quirky, hidden aspects of both Red's and Critter Lady's personalities, but sharing their latest disclosures at the knitting group they all attend the previous evening.  By diminutive, I mean in stature, by giant, I mean nothing is too challenging for this woman to put on her needles.

And, Critter Lady!  She knits/crochets the most adorable little toys on the face of the planet.  She has made bears that will fit in the palm of your hand with room to spare.  She has made bats and gargoyles and squished mice...yes, squished, flattened, with their little tongues hanging from their bloody mouths, mice.  This particular evening she presented a brown bear with a large head, sporting a scarf.  He has now been given the dubious title of "Shop Mascot".
Critter Lady is the original knitting group member.  I met her the first week the shop opened when she came in looking for "Godzilla tummy yarn".  Huh?  Yes, a lizardly green to make the tummy of her current knitting project, Godzilla.  The group just isn't complete without our Critter Lady.

Stripper Girl is an immigrant from a now deceased knitting group.  She is the lone survivor and I am so glad she made the journey to this group.  Her entrance was instrumental in bring about the current level of hilarity.
It began the first night she attended when she paid for her purchase with "stripper money" - all one dollar bills.  The following Friday, she began to explain how she came across her bank roll.  It had something to do with a boy at her door.  We still don't really know the whole story because we won't let her finish it.

Also, on this particular evening we had Screw-up, the knitter guy, who was visiting us from his home in the Denver area.  I am not sure if it was a sunburn he was sporting or just a permanently applied blush from our conversation entering his auditory canal.  But, his face was red and he was laughing so hard that he stabbed himself numerous times with his new, very sharp needles.

Then, there is me, the Cranky Shop Girl.  The proud owner of this bawdy establishment.  It looks like I am going to have to do my knitting during the week and blogging during the knitting group evening so I don't forget the crazy things that happen.  That will make me really Cranky!

Now you know the cast of characters.  Keep watching for updates to our sit-com. 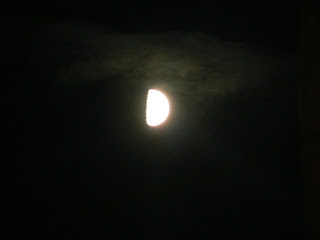 Posting hasn't been something I do much any more, but knitting...yes, knitting still happens.
Currently I am working on several things.

My favorite has been BekahKnits Baby Newsie. My grandson is going to get one, maybe two or three.  The pattern is such fun!  There are a several things I would caution any prospective knitters of said pattern though.

Second, Rebekah recommends using magic loop for the knitting of this hat.  At first I was wondering why, when there are so many stitches.  I mean, come on!  It is only a hat, why be so fussy?  I started knitting with a 16" circular and was moving right along.  Then I got to the top of the hat and discovered why.  As you close the top of the hat, you are going back and forth, decreasing as you go.  It gets tighter and tighter.  The 16" needle quickly got abandoned for a longer cable and magic loop.  Save yourself the time and start with a longer cable.  I went to a 47" cable when I switched out.  Made all the difference in the world.

Third:  Just follow the directions.  Don't try to second guess.  If it tells you to knit to the marker, then knit to the marker.  My problem was that the markers weren't named.  Yes, I name my markers.  Usually just an initial - like A, B, C, etc.  I copied my pattern, mainly because I never write on my patterns, and did just that.  Then, I went through the entire pattern and put each markers initial next to it.  Made going so much easier.

I am now at the point of adding the elastic to the edge and then on to the brim.

Another project that is on the needles is a  Ten Stitch Twist afghan by Frankie Brown.  This is a free pattern on Ravelry!  I am using Universal's Classic Shades, a machine washable "handpaint" type yarn with a long color repeat.  The afghan in the link used the same yarn.  It is beautiful and so reasonably priced!  The pattern is my go to when I need a few hour of mindless, brainless knitting to distract me from...well, we won't go there.

Then, there is a simple, heart shaped shawl that I am working on for a woman that comes to my shop.  She wanted a simple shawl to present to her future daughter in law on her wedding day.  It is being knit with Cascade's Ultra Pima in an apricot color.  Really nice yarn for a heavier weight shawl.  It shines and drapes beautifully.  Will be a lovely shawl when done.  All I need to do is figure out how to do a lace, heart shaped motif at the bottom point.  Can't be that difficult, can it?

Now that he is here I still worry, only not as much.  I know he is safe, being taken care of, and not by himself.  It is my pleasure to have him here with me - I don't want him to leave.

As a child I was so afraid of my dad.  Not because he was abusive or mean.  But because he was larger than life.  He made me laugh.  He was a tease.  He loved to be teased back.  He was fun to be with and easy to be with.  So I suppose afraid wasn't the right word.  I was more in awe of my father.  I still am.

Now that he is over 80, he doesn't get around as easily as he once did.  But he is still a tease.  He loves to laugh and joke.  He is still easy and fun to be with.

Having him here makes me wonder why so many seniors, our parents, end up in care homes.  No, not those that need round the clock care or have special needs beyond the capabilities of  family members.  But those that just need a comfortable chair to sit in.  Those that need a ride to the doctor, library, grocers.  Those that can't do for themselves as they once could.  I am thrilled and honored to do this for him.

He gave me so much during my youth that it is pleasing to me to be able to give back to him.

If you are reading this then you know what camp won.

And, it was due to something a friend said to me last nght..."It all starts with one word."

Come Read With Me

Swimming In The Frog Pond